Welcome to the Online Daily Devotionals Forums
This website offers you choice devotionals to read every day. This helps you read your Bible effectively and daily. 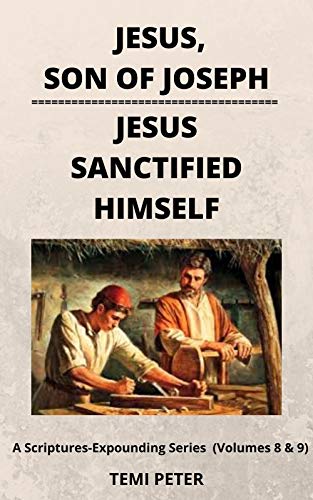 Luke 3:23
And Jesus himself began to be about thirty years of age, being (as was supposed) the son of Joseph, which was the son of Heli, 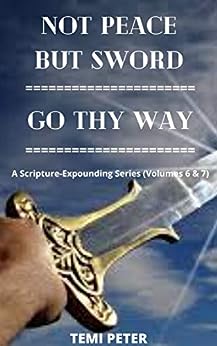 Not Peace But Sword

Many Christians are often dumbfounded whenever they come across this scripture. It was our LORD and Saviour Jesus Christ who is actually the Prince of Peace according to Isaiah 9:6 saying these things live and direct. Many pastors and Christian brethren have cleverly avoided reading this scripture to their audience and very few have attempted to speak about or explain it....More 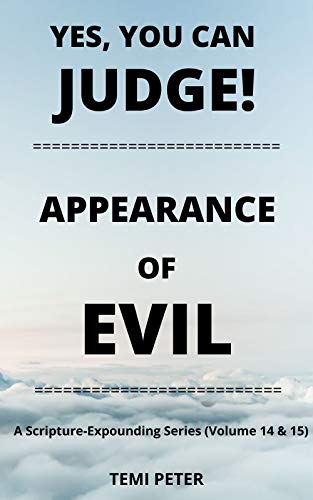 Yes, You Can Judge!

1 Corinthians 2:15
But he that is spiritual judgeth all things, yet he himself is judged of no man.

To judge is to form an opinion of about someone or something after you have examined the evidence or thought carefully about them. The world is quick to quote the Bible when it favours them but despise it when it doesn’t. True, the Lord in Matthew 7:1-2 warned us against judging but it was not a blanket admonition....More 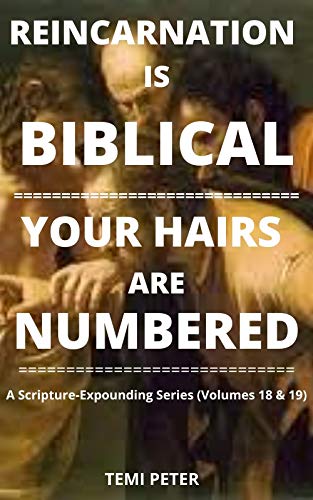 Your Hairs are Numbered

Matthew 10:30
But the very hairs of your head are all numbered.

This scripture was repeated almost verbatim in Luke 12:7. This shows it is no joke or mistake. Indeed, the very hairs on our hairs are all numbered as stated by our Lord and Saviour Jesus Christ. Why did the Lord go all the way to make this statement?...More

Miami-Dade County Mayor Daniella Levine Cava said Sunday evening that the death toll in the Surfside building collapse stood at nine. Four more bodies were found and identified, while 152 people remained unaccounted for. She said 134 people had been accounted for, although no one has been pulled alive from the rubble since Thursday, the day of collapse.

Sunday marked another day of searching through the treacherous debris. Levine Cava said family members were allowed to visit the site to watch the rescue efforts and pay their respects.

"We are cutting a deep trench to assist us. It is now 125 feet in length into the pile. It is 20 feet wide and 40 feet deep," Levine Cava said. "This trench is very critical to the continuation of the search and...more 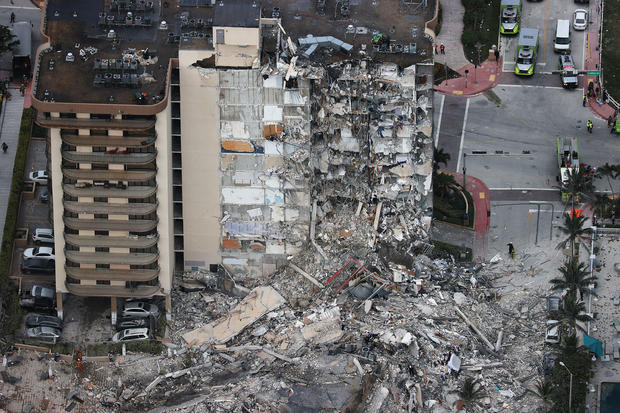 Blinken Says U.S. to Reopen Consulate to Palestinians, Fatah Warns: 'We Will Continue the Cycle of Blood and Killing'

U.S. Secretary of State Antony Blinken announced plans on Tuesday to reopen the U.S. consulate in Jerusalem. The decision reverses the Trump administration's move in 2019 to merge the consulate under the embassy.

For years, the consulate served as an autonomous office in charge of diplomatic relations with the Palestinians. Former President Donald Trump downgraded its operations and placed them under the authority of his ambassador to Israel when he moved the embassy to Jerusalem.

The move upset the Palestinian Authority which views the eastern part of Jerusalem as the capital of a future Palestinian state. The move requires Israeli approval and is one more step by the Biden Administration to re-engage with the government of PA President Mahmoud Abbas, currently in the 15th year of his...more The evangelical Christian ministry Prison Fellowship has been named the sixth-best nonprofit to work for in the United States, according to a new report from a leading business publication for nonprofit management.

The NonProfit Times, a publication based in Morris Plains, New Jersey, released its list of the 50 best nonprofits workplaces in a Monday report.

Prison Fellowship, which had a reported 243 employees, ranked sixth on the list, while The Lord's Place, Inc., a Florida-based homeless ministry, ranked at ...more 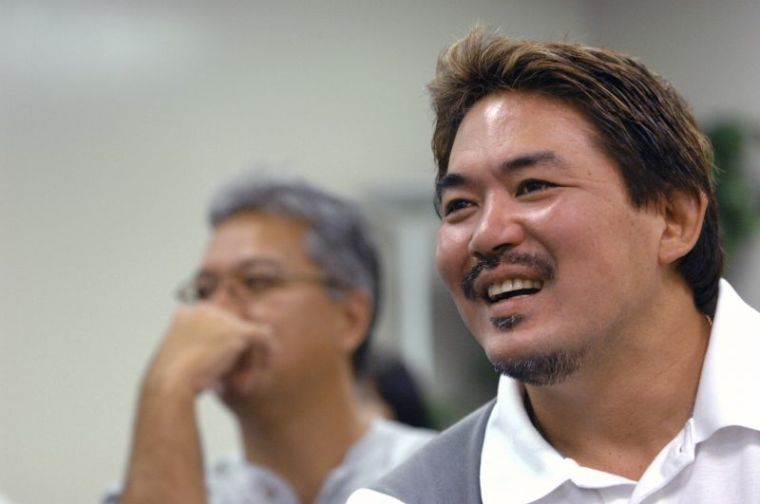 Another leading online pornography company is facing the possibility of a class action lawsuit alleging that it profits from child sexual abuse material and sex trafficking.

The lawsuit was filed by the National Center for Sexual Exploitation in consultation with five other survivor-focused and commercial litigation law firms. The court filing contends that Doe is a victim and survivor of...more 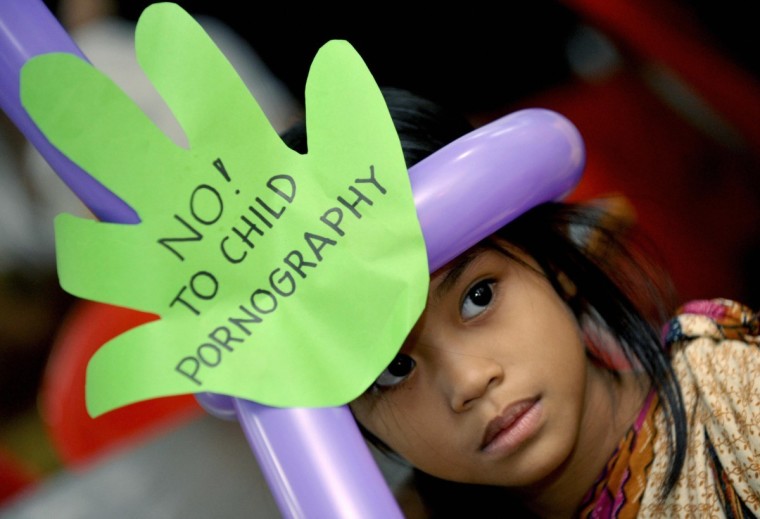 Farming is difficult in areas that lack fresh water. To help solve this problem, the Seawater Greenhouse company has created something new: “cooling houses” in Somaliland, Africa, and other countries with similar climates. Cooling houses use solar pumps to drizzle saltwater over walls made of corrugated cardboard. As the water moves down each panel, it leaves its salt behind. Much of the remaining fresh water evaporates inside the structure, which becomes a humid place where fruit and vegetable crops can flourish.

Through the prophet Isaiah, God promised to do a “new thing” as He provided “streams in the wasteland” for ancient Israel (Isaiah 43:19). This new thing contrasted with the old thing He had done to rescue His people from the Egyptian army. Remember the...more

The ball drops in New York’s Times Square. The crowd counts down to Big Ben chiming. Sydney Harbor erupts in fireworks. However your city marks it, there’s something exciting about welcoming in a new year and the fresh start it brings. On New Year’s Day we push out into new waters. What friendships and opportunities might we find?

For all its excitement, though, a new year can be unsettling. None of us knows the future or what storms it may hold. Many New Year’s traditions reflect this: Fireworks were invented in China to supposedly ward off evil spirits and make a new season prosperous. And New Year’s resolutions date back to...more

On the Same Team

When Philadelphia Eagle’s quarterback Carson Wentz returned to the field after healing from a severe injury, the NFL team’s backup quarterback, Nick Foles, graciously returned to the bench. Although competing for the same position, the two men chose to support each other and remained confident in their roles. One reporter observed that the two athletes have a “unique relationship rooted in their faith in Christ” shown through their ongoing prayers for each other. As others watched, they brought honor to God by remembering they were on the same team—not just as Eagles quarterbacks, but as believers in Jesus representing Him.

The apostle Paul reminds believers to live as “children of the light” awaiting Jesus’ return (1 Thessalonians 5:5–6). With our hope secure in the salvation Christ has provided, we can shrug off any temptations to compete out of jealousy, insecurity, fear, or envy. Instead, we can “encourage one another and build each other up” (v. 11). We can respect spiritual leaders who honor God and “live in peace” as we serve together to accomplish our shared goal—telling people about the gospel and...Full devotional details

The Triumph of Forgiveness

Mack, having struggled with drug abuse and sexual sin, was desperate. Relationships he valued were in disarray, and his conscience was beating him up. In his misery, he found himself unannounced at a church asking to speak with a pastor. There he found relief in sharing his complicated story and in hearing about God’s mercy and forgiveness.

Psalm 32 is believed to have been composed by David after his sexual sin. He compounded his wrongdoing by devising a sinister strategy that resulted in the death of the woman’s husband (see 2 Samuel 11–12). While these ugly incidents were behind him, the effects of his actions remained. Psalm 32:3–4 describes the deep struggles he experienced before he acknowledged the ugliness of his deeds; the gnawing effects of unconfessed sin were undeniable. What brought relief? Relief began with...Full devotional details

Years passed. Many couples came and made their choice, and I always remained behind. I still hope and longed fervently: I wanted to belong somewhere. But nobody wanted me. Once I asked the housemother, “Won’t anyone have me?” she just shrugged her shoulders and said, “I don’t know. Perhaps they will one day.” But it never happened...Full devotional details

The Amalekites attacked the people of Israel in the wilderness. They struck when the people were exhausted. Moreover, they had the rear ranks and all the stragglers particularly in view (cf. Deuteronomy 25:17.18).

Applying this to ourselves, it means that Satan knows our weak points, where we are easily vulnerable. Are you inclined to strive after riches or fame? Have you a weakness for the opposite sex? Then take care: that is where Satan is most likely to...Full devotional details

The tribe of Levi enjoyed a privileged position among the people of Israel. God had sanctified them for Himself, selecting them from the nation for His service. They were responsible for the tabernacle, God’s dwelling among His people. The people always...Full devotional details

Top of the daily devotionals page